Investment in the current site – and into the future

With a large celebration Hanno Werk GmbH & Co. KG opened its sixth production plant section on September 7th. The expert in sealing and thermally insulating materials took the opportunity to look back at its long company history – HANNO will celebrate its 125th anniversary next year – and into the future: With two new buildings, a production hall and an innovation center, the Laatzen based company increases its production capacities and expands its R&D facilities. HANNO invested five million Euro for this. The guest list included – besides the employees and their families – regional president Hauke Jagau, local mayor Silke Rehmert, mayor Jürgen Köhne as well as its shareholders.

The employees celebrated with their families at the HANNO Family Day the opening of the sixth production plant section.

The new technical center will be home to the R&D and application engineering departments. 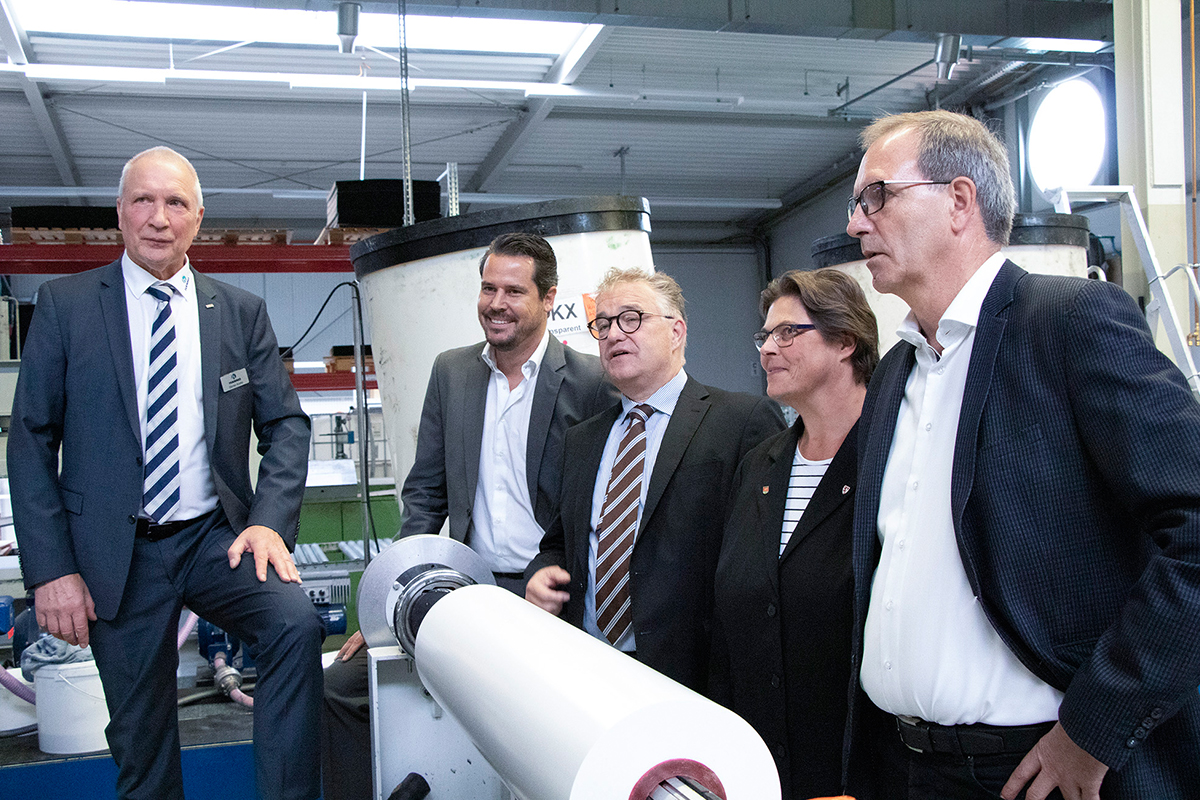 “We belong to the top three leading manufacturers in Germany. We can count on healthy positive numbers, which enable us to reinvest”, explained HANNO’s CEO Günter Krohn with pride. In recent years the Laatzen near Hanover based company continuously expanded its market position – and the demand remains high. The investment is also a commitment to the current site. “As shareholders we look back to successful times with HANNO and are therefore even more happy that the company proves as reliable employer and innovation driver in today’s economic environment”, says Nicolas Mohr, shareholder and chairman of HANNO-VITO-GROUP’s advisory board.

In the new production hall a 45 m (150’) long fully-automatic impregnation line will be installed, which is capable to process additional production steps for joint sealing tapes after the impregnation. An important part of the extension is also the technical center focusing more on its application engineering and R&D. “The building has been designed according to the latest low energy standards and demonstrates our expertise in thermal insulation and joint sealing”, explains Krohn in his speech.

The opening served also as Thank You to its employees so the event became the “HANNO Family Day”, which was celebrated with its employees and their families – about 400 visitors followed the invitation. “We know that our success depends on the good work of our employees – which are in Laatzen about 200. For this reason it is important to repeatedly say Thank You”, said Krohn. Another Thank You was addressed to the present shareholders, which significantly contributed to the growth with their visions and investments and their commitment to the Hanover Laatzen site.

After the official opening part, HANNO opened its production hall gates so visitors could get familiar with the production facilities – for example production areas for joint sealing tapes and flashing tapes were shown by experienced staff.